Posted on November 20, 2012 by Martin Wrightson

A few weeks after Tenacious D, it was time to return to Manchester for another gig. You couldn’t have got a more different gig than Tenacious D if you’d tried. But, the day didn’t get off to the best of starts. My friend could no longer make it. A real shame, cause I know how much he’d been looking forward to this gig. My spirits were a little dampened, but on I went. 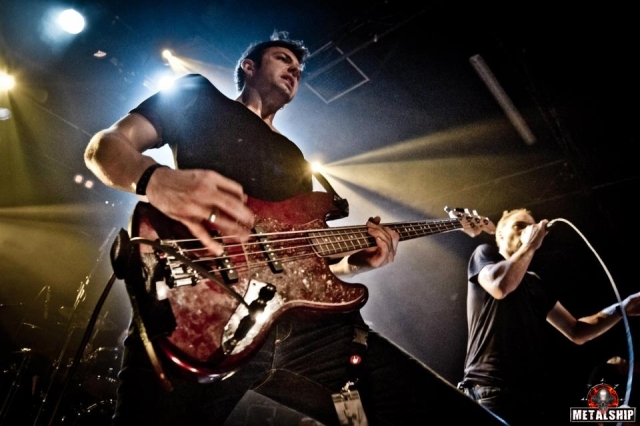 I got the venue in plenty of time, so managed to get to the barrier no problem. The first band was Klone, who were excellent. Their music reminds me of a stripped down, more ‘metal’ version of Tool. The frontman had some real presence about him and they really got the crowd warmed up nicely. Unfortunately they only played to a small crowd, when really they deserved more. But for the most part I think the crowd were won over and I imagine lot’s of people who were there will be checking them out further. 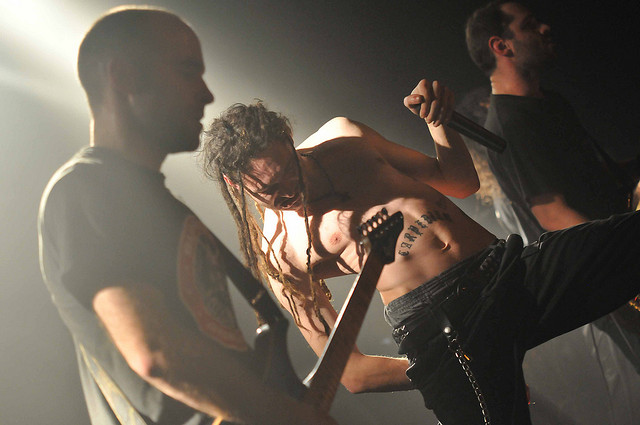 Next up were Trepalium. One thing I noticed is how long they took to set up. Another thing I noticed was that they’d actually set up their own gear! Rather unusual. Unlike Klone’s considered heaviness, Trepalium delight in been chaotic noise. Imagine groove metal with less ‘tough-guy’ image and more technical death metal. Trepalium didn’t really interact with the crowd much, they simply played their nutty blend of metal. A lot of the time it came across simply as noise, but it was noise which was fun to mosh to and even sometimes dance to (youtube the song ‘Sick Boogie Murder’ if you wanna know what I mean). I thought Klone went down better with the crowd, not that Trepalium were bad or anything. 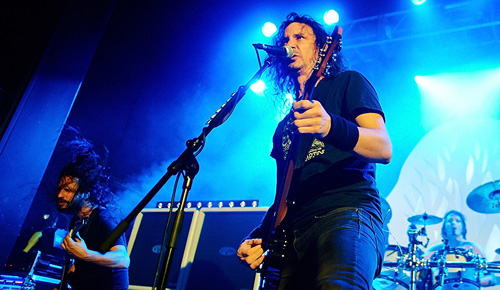 Now, onto the main event. Gojira. The venue suddenly filled up (though I still had a surprising amount of room at the barrier) and tribal sounding chants of “GO-JI-RA” rung out across the venue. The atmosphere was building up nicely, and you could tell the whole crowd were up for this. Then, with all the subtelty of a sledgehammer, Gojira raced on and straight into “Explosia” from their new album ‘L’Enfant Sauvage‘. Cue utter bedlam, as the crowd exploded into motion with flailing limbs aplenty. Gojira themselves seemed a little taken aback with this reaction, almost overwhelmed that a previously small French band could generate such fanfare.

But, they didn’t rest on their laurels, approaching every song with amazing intensity and technical brilliance. They effortlessly combined this with the more subtle elements of their music as well, which only added to the intensity of the heavier bits. The sound was perfectly balanced, you could hear every note perfectly, with the singer’s voice never been drowned out by the guitars. For every single complex element played, the crowd responded with seemingly limitless energy and the band loved every minute of it.
I’ve never seen so many people headbanging and just going utterly mental at a gig before. 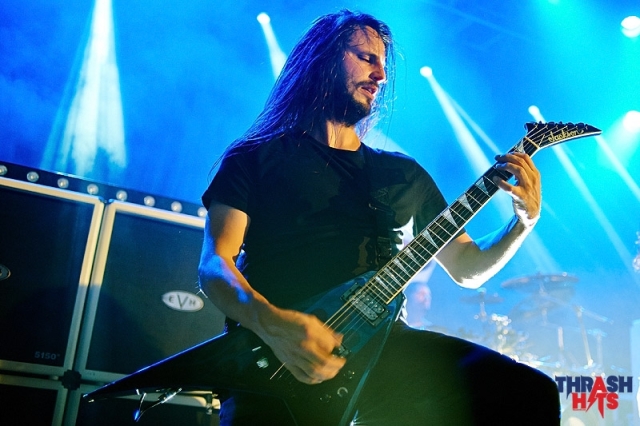 Despite playing a highly technical form of metal, you never felt the band were detached from the crowd. The frontman engaged with the audience on a regular basis, and came across incredibly humble. At the end of all the heaviness, the band headed straight for the audience, each member with a massive grin on their face. They shook people’s hands, hugged and gave out gear. You got the feeling the band really appreciated us been there, which always make it a bit more special. To round off an already brilliant night, I managed to grab a guitar pick!

So, to summarise. If you have the opportunity to see Gojira. DO IT. NOW.

This entry was posted in Gigs And Festivals, Metal, Music, Reviews and tagged Gojira, Manchester, Trepalium. Bookmark the permalink.