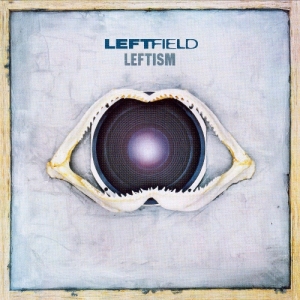 When I say the words “dance music” followed by the words “dub” I imagine some of you will cringe as you imagine almost endless “wub wub wubs” in the form of dubstep battering down your ear drums. Some of you will no doubt smile in delight, as you imagine an intoxicated version of yourself waiting for the beat to drop (whatever that means, I’m no expert!) before exploding into a variety of dance moves.

Way back in 1995, Leftfield released this gem of an electronic album which combined the sounds of dance with dub and reggae. Whatever your feelings on dubstep, chuck all your preconceptions regarding this combination of genres out of the window. This is primarily an ambient electronic album, which subtly brings in elements from dub and reggae. This could be reggae vocalists, tribal sounding drumming or some very dubby sounding basslines. It’s all done so seamlessly.

It’s completely chilled out, yet makes for an enthralling listen. It flows effortlessly, with some more uptempo numbers thrown in for variety. It’s pure ear candy and is one of the albums you could really zone out to if you really wanted to. Highly recommended.

This entry was posted in AOTY2013, Electronic, Music, Reviews. Bookmark the permalink.