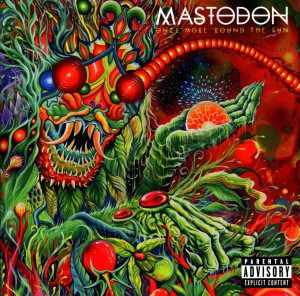 In the world of modern metal (and even some of the more adventurous rock circles), Mastodon are fast becoming a household name. From humble sludge metal routes, they’ve incorporated progressive elements as well as stoner rock into their sound and continued to mature into something fairly detached from their original roots. Their last release, “The Hunter” felt like a commercial watershed for the band. Thick, distorted riffs were almost deserted in favour of a lighter guitar tone and songs “simplified” (by Mastodon standards) with extra emphasis on melody. Whilst, these brought them some success, it led to a lot of the longer term fans of the band crying out for the bite of previous releases. “Where’s the sludge?” disheartened Mastodon fans asked and even led to accusations of them selling out.

I’m not sure how much of an impact such comments really made on the making of this album, but Mastodon do seem to have taken a leaf out of past albums when writing these songs. Whilst not a carbon copy of before, the guitars and riffs on this have a crunch that The Hunter lacked. At the same time Mastodon have pushed further down the progressive aspect of their sound and it really pays off. They now have best of the both worlds, their heavier beginnings are balanced perfectly with their later, more progressive sounds on this album.

Here is a band really striving for the top, not afraid of the big chorus but still intent on creating something unique to them. Mastodon have really matured here and created a richly layered collection of songs with refreshing variety. The band switches between fast, dazzling displays of prog metal to moody, psychedelic numbers with consummate ease. It matches the otherworldly cover art perfectly and I think this may well be the most “complete” Mastodon album to date. Plenty won’t agree with that statement, but I’d be shocked if this wasn’t acknowledged (at the very least) as a fine example of modern progressive metal.